Soy to the world, its all in the bottle 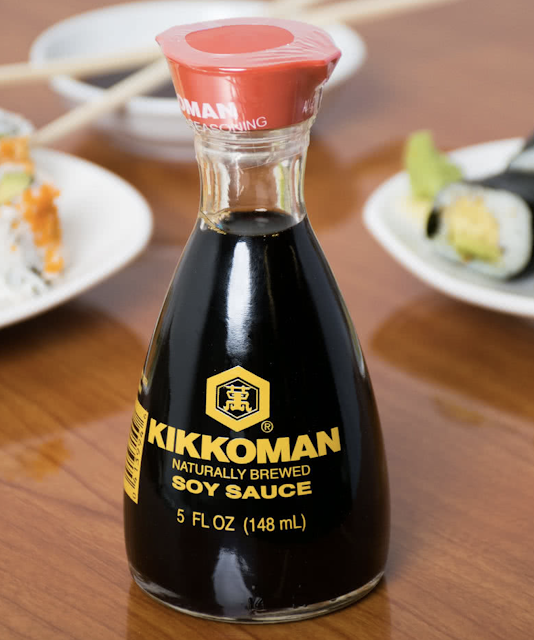 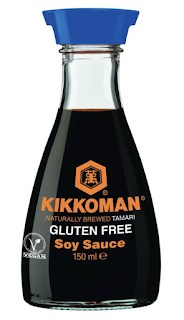 I maybe an avid cook, enveloping myself in recipes on the one hand but I have never lost my intrinsic passion for design. While trying to source gluten free tamarind recently it crossed my mind that the Kikkoman brand soya sauce bottle, ( something most of us have in our store cupboards) is an iconic piece of design.I decided to delve into its history and find out how it came to be. If you were to close your eyes and think of a curvaceous bottle holding a globally popular dark elixir, one you’ve seen sitting atop tables in restaurants you´ve visited countless times, what product comes to mind? You thought of a bottle of Coca-Cola, didn’t you? Well, you could argue that Kikkoman’s soy sauce dispenser has reached the same level of consciousness around the world. Beautiful in form and function, it is difficult to imagine eating out at almost any Chinese restaurant or sushi joint without seeing that indispensable glass bottle on the table. Ergonomically perfect, easily refillable and effortless to lift and use. The high-waisted design allows for a natural flow of fluid and leads the ring and pinky fingers to rest in a natural position. The use of uncovered glass for the body was a simple design decision that quickly communicated the fill level. Plus, the mouth is wide enough to make refilling quick, easy, and spill-proof. Before the invention of the new bottle, Japanese consumers would fill their small and teapot-like soy sauce dispensers from heavy 1.8L glass bottles, something its celebrated designer Kenji Ekuan would witness his mother doing as a child.  Unlike tea kettles, theses Kikkoman bottles lacked the fine control to refill the small condiment dispensers. Additionally, most of these soy sauce holders were ceramic, with no way to know how full it is without opening the lid and peeking inside. 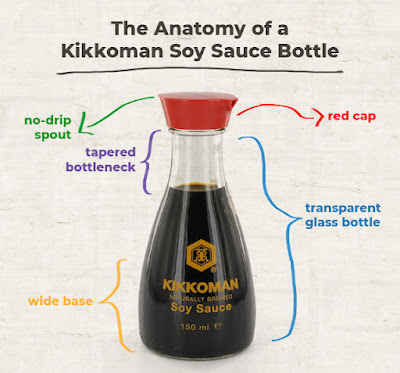 The goal was to create a dispenser "that would be regarded as essential tableware, in the same category as a plate or teacup, as opposed to producing a mere container."

Since 1961 this iconic bottle has been replicated ( left ) and plagiarised and has come to define Kikkoman as a brand. Kikkoman would become the leader in Asian sauces in Japan, Australia, Europe, and the United States, with annual sales of $3.9 billion. Kikkoman applied for a 3D object trademark of the bottle, eventually granted one in 2018 by the Japanese Patent Office. Beyond a symbol for the soy sauce firm, the Ekuan-designed bottle has become a symbol of Japanese culture and contribution to world cuisine.


At the time he was commissioned to make the design, Ekuan (right), still in his late twenties, was the president of GK Industrial Design Laboratory, which still operates in Japan today. Aside from the famous soy sauce bottle, he would later be known for his work designing motorcycles, bullet trains, and post boxes. It took Ekuan over three years of trial and error to create the bottle. In that time, he came up with over 100 prototypes for the design before finally creating the curved bottle, dripless spout, and signature red top we all know today. The bottle's final design is as innovative as it is understated: "A wide-bottomed bottle that tapers at the neck and ever so slightly funnels out at the very top," as Museum of Modern Art (MoMA) in New York describes. The vase-like container allows for easy refilling thanks to the wide opening and clear glass material, which lets the user see how much soy sauce is left in container. Such design properties seem almost obvious, but it's worth noting just how much thought was put into every facet of the bottle's construction. In the midst of a changing and rather despondent Japanese society, the bottle was created with a design philosophy that put people's lives first. The Museum of Modern Art (MoMA) notes that the design perfectly embodies the minimalist-functional aesthetic Japan is known for to this day. 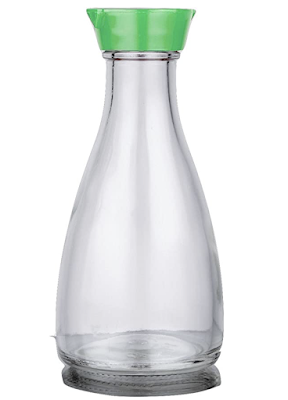 Now you can even customize your own on Amazon!!
Email Post