The cherry on the cake 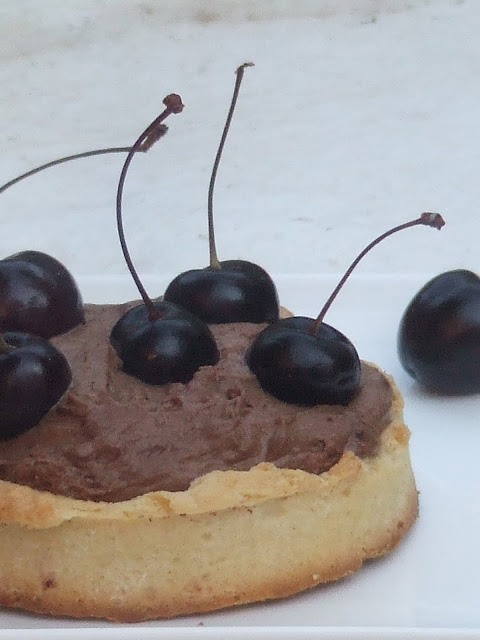 Adam and Eve got their start in the Garden of Eden, and so can anyone else if they want to. The combination of a bucolic setting and air scented with flowers makes for a peaceful yet intoxicating place to propose marriage. Take a walk to a private spot and take the plunge.What better place place for a marriage to bloom.Our most recent guests at Casa Rosada had requested dinner in the garden. She was pregnant and so some dietary issues needed to be addressed.No posh pate for starter, not even a quenelle of mayonnaise and most of all no raw eggs. After they left the following morning, we found this comment written in our visitors book..."Your lovely garden inspired me to propose...She said YES!!!" - It must have been the cherry on her cake.This is how the proposal came to be.Everything was going according to plan until I got to pudding when I had for some reason delved back deep into my recipe archives and unearthed a mousse like tart of my mother´s from the 50´s.It involved raw eggs. No good. There had to be a way. The recipe needed a makeover and I did not want to use gelatine so it all melted down to the simplicity of bittersweet chocolate and a heavily whipped cream.— and it didn't need to be baked.Simplicity itself. 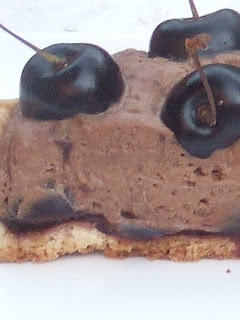 Dark Cherry and Chocolate Mousse Tart
It´s all about intensity.Mountains of feathery light chocolate mousse together with a crunchy shortbread casing and the soft flesh of the darkest of dark cherries.
Keeping the stalks on the cherries lets you pull the cherries out of the tart one by one, pre-dipped in the chocolate mousse. I didn´t know whether to eat it or climb it. Another original sin to my name.
4 fully baked 10 cm tart shells
4 oz bittersweet chocolate
1 cup whipping cream, whipped to soft peaks
18 dark cherries pitted and halved
20 dark cherries with stalks still attached
cocoa powder for dusting
Break the chocolate up into chunks and set it in a medium bowl over a pan of gently boiling water.When it has melted set it aside for a moment and whisk in the whipped cream gently until completely smooth and amalgamated.Transfer to a smaller bowl and cover with cling film, and puncture several holes in it with the tip of a paring knife.Refrigerate for at least 4 hours, or overnight.Halve the cherries and pit them.Then spread them in an even layer cut side down on the bottom of each tart shell.Scrape the chilled chocolate mixture into a mixing bowl and using a hand held mixer beat at medium speed until soft peaks form.Spoon the mousse over the cherries.Arrange the rest of the cherries randomly stalks up in the chocolate mousse and serve.
If you have some chocolate mousse left over, just chill it in a bowl and save for later. Lets face reality it´s not going to happen is it!!! For an alternative proposal treat yourself to a weekend away and let Casa Rosada do the cooking