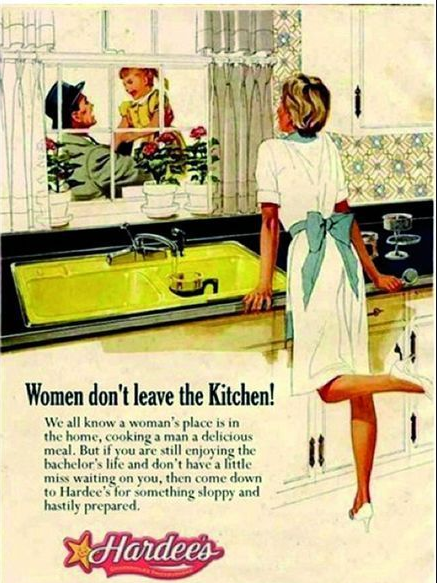 How many women woke up on Monday morning to an offensive tweet on their phones? If you are going to get noticed, it had better be for the right reasons – something Burger King has never been very good at, to say the least. In an attempt to flip one of the oldest sexist tropes on its head, Burger King tweeted "Women belong in the kitchen". That's it. That's the tweet. Unsurprisingly, it was met with anger and bemusement from the burger peddlers´ thousands of followers. Why would you follow Burger King on twitter I ask? Many of the best marketing campaigns are somewhat provocative, but this one went down like a "whopper". Just how could Burger King's marketing team have managed to convince itself this was a good idea, the company tried to explain in subsequent tweets. "Only 20% of chefs are women," one reads. "We're on a mission to change the gender ratio in the restaurant industry by empowering female employees." The company says it is launching a new scholarship programme to help female Burger King employees pursue their "culinary dreams". It sounds like an admirable initiative, which makes it all the more baffling that Burger King chose to reveal it through the king of all marketing blunders: a dodgy tweet. Indeed, rather than the company's actual pledge, around 99.999 per cent of responses appear to be focussed on the seemingly sexist opening gambit. And even if the company had positive intentions, they're still baiting thousands of people with a tired old joke that feels so last century. Adding insult to injury they ran a full page ad  with The New York Times carrying the same headline and announcing the launch of its H.E.R. (Helping Equalize Restaurants) Scholarship, which offers financial assistance to women who work at Burger King and aspire to an academic degree in culinary arts. The comment was intended to raise awareness about the underrepresentation of women in the culinary industry, but many users found the phrasing reactionary and counterintuitive at best — and sexist at worst. Some people pointed out that, without context, the tweet just looks like a harmful joke at the expense of women… on International Women's Day.

They have a history of fumbling and bungled campaigns. Burger King is a company renowned for its irreverent ad campaigns.In 2019 they irresponsibly took advantage of a rival Macdonalds milkshake being thrown at Nigel Farage to promote their own milkshakes on twitter, implying their milkshake should have been used instead. Then in 2020 they employed the use of time-lapse of a decaying burger on Twitter, to tell us they were shifting away from preservatives in their whoppers. Mold seemed a rather inapporiate and repellent choice of image to herald good news. 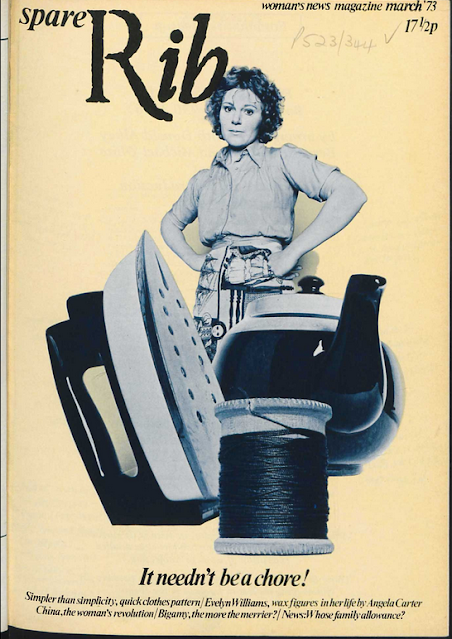 Backtrack; the year is 1972 I am 20 and have just qualified for a place to study Graphic design at The London College of Printing, where I was about to learn the lexicon of the day, Letraset, Cow Gum, layouts and pasteup. Now the practice of print production has changed utterly. Today everything is on the screen in front of you, visible and easily tweaked, in a form that can mask the network of people and processes involved. Then only scientists used computers. Writing, editing, design and pasteup were separate, sequential processes. Things and London were much different then, the 1970s. So was politics.My generation are now in our 60s. Thinking back summons detail that is both half- and mis-remembered. Succinctly describing ‘then’ and ‘now’ is tricky. We were poor students in a world where minimal grants barely sufficed so part time work was needed to give us a respectable living standard. Among the female contingency of my year were a group of radicals led by Laura Margolis. They chose as their extra curricular activity to become volunteers /helpers on the just launched feminist magazine Spare Rib. Baroness (Rosie) Boycott was the founding editor.
The politics of Spare Rib was part of was what would now be called a ‘passion’ – but they didn’t say that then. They were committed to changing the world and our lives. They didn’t foresee the long reign of Thatcherism and neoliberalism. To still be arguing for (for example) equal pay 50 years later is incredible. The digital archive of that trailblazing women’s magazine that defined generations of feminism, now faces the axe due to Brexit. The newly emerging feminist movement wanted to get women out of the typing pools and away from the kitchen sinks and into the boardrooms of the land. Radicals  like Boycott herself were  adamant that the way to get ahead was to refuse to learn to type and to spend as little time as possible in the kitchen. As an early subscription offer for the magazine, a purple dish cloth was up for grabs. Written on it are the words: "First you sink into his arms, then your arms end up in his sink." It neatly summed up the attitude. The issue of food was toyed with and food pieces that, somehow, never actually involved cooking. They wanted to get away from the traditional fodder in magazines such as Woman and Woman's Own, where food preparation was lengthy, fiddly and a cause of stress as women strived to feed their families and throw memorable parties for their husbands' bosses. They wanted women to learn traditional male skills, and for several years there was a monthly column entitled Spare Parts, which set out simple instructions as to how to change tyres, put up shelves or mend your own shoes. Cooking, in their minds, was wholly frivolous and politically dangerous, an activity that represented everything they were trying to change.
To drive home their point, they frequently analysed adverts that depicted women in
"household" roles.
One, for a can of Heinz toddler food, showed a woman squashed between her laden kitchen sink and the open door of her washing machine, with the words, "The puddings taste so nice you might forget who you bought them for." What was unwritten was that this was woman's natural home, between the washing machine and the cooking utensils. At her feet, her two children are pulling on the skirts of her apron, sending the powerful message that "Children need their mummy and home. She is the only provider of all their nourishment. On the drying rack are four plates - clearly the man of the house, the fourth member of the nuclear family, is on his way. Heinz was giving us the stereotyped
pattern - dad at work, mum at home with the kids, and that was how things should stay?
So to that tired old joke "Women belong in the kitchen" should be added "If they want to". Granted while traditionally women have been the ones charged with preparing food within the home, the professional kitchen has long been a male-dominated space.
If we were to play a game of word association, what would spring to mind when I said "chef"? Driven? Egotistical? Aggressive? All of the above? Either way, I'd venture to guess that masculine or macho will make an appearance on that list long before female or feminine. The word "cook", on the other hand, is likely to throw up different results. I have always considered myself a cook, self-taught, no qualifications or scholarship in that particular field. A successful chef must possess several attributes - a well-honed palate, an artistic mind, a certain dexterity with a knife - but, first and foremost, they need to be devoted to their job. The hours are long, the pay (until you reach the upper echelons) doesn't reflect this and the pressure is relentless. In a high-end restaurant, perfection is a must - every dish, every day.
In 2007 Clare Smyth was appointed the head chef at Restaurant Gordon Ramsay. She became the first woman in the UK to run a three-Michelin-star kitchen. Historically, kitchens have been a male dominated domain and have not attracted as many women due to the long working hours and manual labour involved, but things have changed a lot in the last twenty odd years. What does it take to succeed as a female chef ? Exactly the same as it is for men, Dedication, passion and hard work. So come on Burger king address your whoppers and keep up, if women want to work in your organisation they wont be enticed by sexist stereotypes.