Sacré bleu Cassoulet!! there are as many as there are cooks 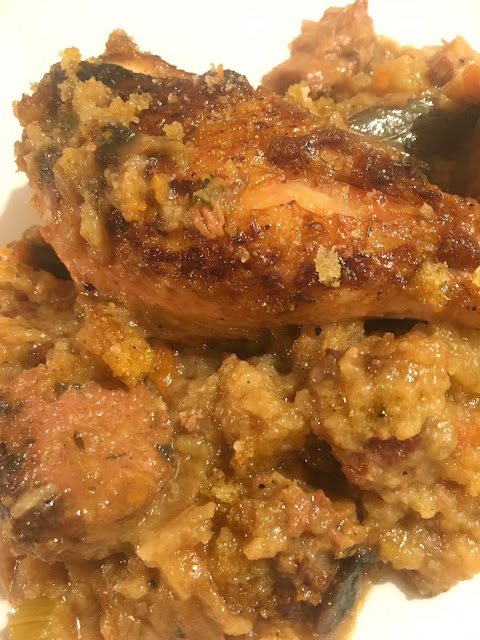 Food instills passion. Food has history. Food is culture. It should be taken seriously and treated respectfully. But at the same time, it's meant to be delicious, satisfying and give pleasure, not spark a gastronomic debate. What started centuries ago in the region of Languedoc as a humble peasant dish of dried beans cooked with various sausages and preserved meats has turned into an all-out culture war with not one, not two, but three towns all claiming to be the originators of the one true cassoulet. Like so many classic dishes the word cassoulet embraces both the food and dish in which it is cooked. The name is thought to have derived from the terracotta cassole in which it is baked, called always cassole d´Iselle, which became corrupted to cassoulet. Where or who was Iselle no one seems to know. Every French housewife in the region has her own version,and some add all kinds of embellishments which for those of us outside of the  region are impossible to source without a bottom-less purse and Brexit. Are you a fan of the Toulouse, the Castelnaudary or the Carcassonne variety – or do you prefer a Brazilian feijoada or a hearty pot of Boston baked beans? What do you serve with your cassoulet, if anything? As is so often common with many  "peasant" dishes, the proper way to make cassoulet is hotly debated – it's one of those dishes "over which there is endless drama" and it has been said there are as many variations as there are chefs. 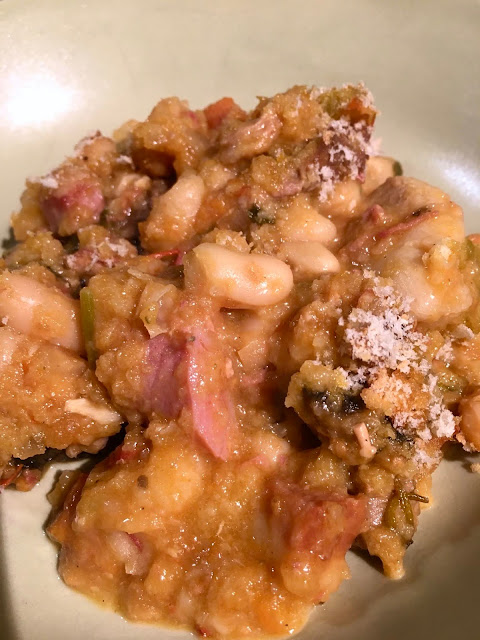 "Le true cassoulet must have mutton in it," they'll say in Toulouse.

"Mais non!," the chef in Castelnaudary will cry. "Only a vache Espagnole would put anything other than confit de canard and pork in their cassoulet!"

"Sacré bleu! You are both le wrong! In Carcassonne we use the goose and the partridge!"

Here's the truth of the matter: Cassoulet is not cheffy, prescriptivist stuff. It's a medieval peasant dish designed to make do with whatever was around, but absolutely not leftovers. ( To use yesterdays dinner is a sin ). In Languedoc, availability means  dried beans, preserved duck, and preserved pork. Do you think any medieval French peasant would turn their nose up at the pot of beans because someone had dared to make it
partridge-free? Je ne pense pas.
I am going to stir the debate further with a bit of culinary skulduggery. Whats the matter chicken? Whats the matter you?, and this is where I introduce a little trick I learnt; I have an admission to make: I am not using duck or goose confit in my cassoulet.French housewives, you can pick up your pans and come at me—I'm ready for you. Not a true cassoulet without confit, you say? Fortunately, there is nothing I like more than a culinary bunfight, so I will stand and defend myself. I had a lovely pudding basin of rendered duck fat left over from Christmas and so I used that duck fat to brown my duck no, chicken and bingo: true ducky, cassoulet flavour without any need for actual duck. I'd offer a totally insignificant cash reward for anyone who submits themselves to a taste challenge and blind-tastes a bit of slow-cooked chicken against slow-cooked duck from the same pot of cassoulet prepared with duck fat and can tell me which is which. Here's another thing: Most of the distinguishing flavour in a particular type of meat comes from the fat. Cook a beef steak in lamb fat and it'll taste like a lamb chop. Cook beetroot in beef fat and it tastes like steak, seriously believe me.(watch video clip)

Next bone of contention crust and crumb? 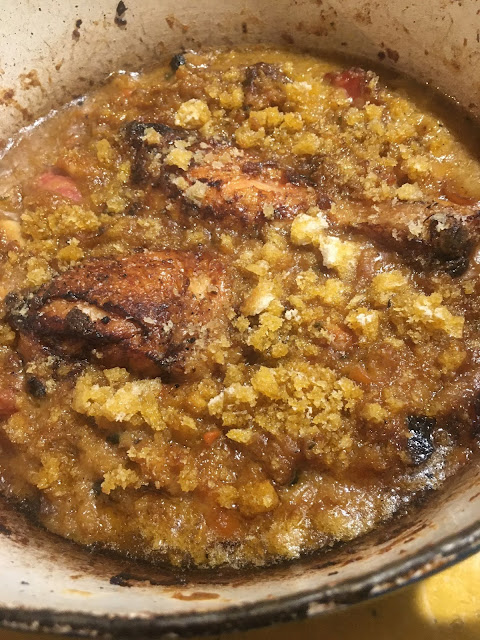 Not everyone tops their cassoulet with breadcrumbs. Far from Languedoc every incarnation of cassoulet that I have ever eaten has had a breadcrumb crust. I therefore use breadcrumbs without a qualm. Some might say that it is sometimes seen as a lazy way of achieving the crust and that a well-made cassoulet ought to develop on its own in the oven. Breadcrumbs I feel add a lovely crunchy element to the dish. Stirring them back into the beans a couple of times, as Fearnley-Whittingstall suggests, only thickens the crust. (Tradition dictates it ought to be stirred in seven times before the cassoulet is ready, but tradition probably had nothing better to do than sit by the oven for two hours with a wooden spoon.)

In a large bowl, cover beans with 3 quarts water and add 3 tablespoons salt. Stir to combine and let sit at room temperature overnight. Drain and rinse beans and set aside.

Adjust oven rack to lower middle position and preheat oven to 300°F. Place stock in a large liquid measuring cup and sprinkle gelatin over the top. Set aside. Heat duck fat (if using) in a large Dutch oven over high heat until shimmering. Add salt pork and cook, stirring occasionally, until browned all over, about 8 minutes. Transfer to a large bowl and set aside.

Season chicken pieces with pepper (do not add salt) and place skin side-down in now-empty pan. Cook without moving until well browned, 6 to 8 minutes. Flip chicken pieces and continue cooking until lightly browned on second side, about 3 minutes longer. Transfer to bowl with salt pork.(If not using duck fat, cook pork with no additional fat.)

Add sausages and cook, turning occasionally, until well-browned on both sides. Transfer to bowl with salt pork and chicken. Drain all but 2 tablespoons fat from pot.

Add onions to pot and cook, stirring and scraping up browned bits from the bottom of the pot. Cook until onions are translucent but not browned, about 4 minutes. Add drained beans, carrot, celery, garlic, parsley, bay leaves, cloves, and stock/gelatin mixture. Bring to a simmer over high heat. Reduce to low, cover Dutch oven and cook until beans are almost tender but retain a slight bite, about 45 minutes.

Using tongs, remove carrots, celery, parsley, bay leaves, and cloves and discard. Add meats to pot and stir to incorporate, making sure that the chicken pieces end up on top of the beans with the skin facing upwards. Beans should be almost completely submerged. Transfer to oven and cook, uncovered, until a thin crust forms on top, about 2 hours, adding more water by pouring it carefully down the side of the pot as necessary to keep beans mostly covered.