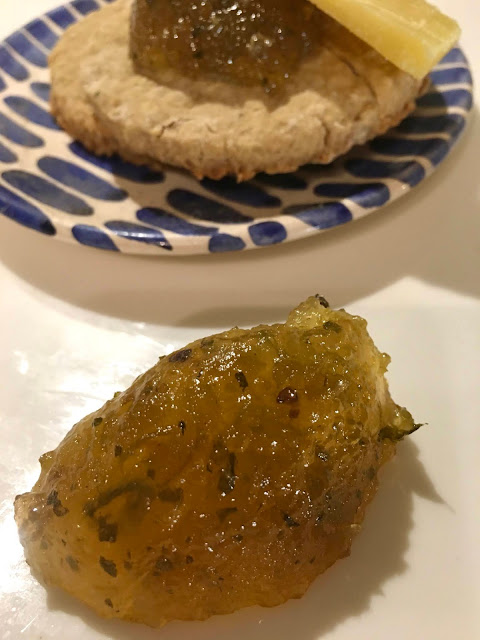 "Well, lived my life and never stopped to worry 'bout a thing
Opened up and shouted out and never tried to sing
Wondering if I'd done wrong
Will this depression last for long?
Won't you tell me
Where have all the good times gone?" The Kinks 1965 / David Bowie 1973

Time is doing two things at the moment, I find. On the one hand, we have much more of it ( daylight savings aside ), the time saved for some by not commuting, others not having to do the school run say, and by not going out. In fact, not doing anything at all, really. On the other hand, I often get to the end of a day at home and wonder where it’s all gone. Beyond going through the motions of daily life –rise cook, eat, exercise, shop,exercise, cook, read, blog,  eat, bake, eat, watch TV, retire. On repeat – I’m almost impressed by how little else I achieve. To the contrary, long periods of confinement have induced productivity. The way to deal with this contradiction, in the kitchen at least, is to embrace slow-cooking: things that take a long time to cook, but don’t require much of yours to do so. Jam making immediately comes to mind. At last, something to toast! We have rediscovered the joys of jam, marmalade and other spreads. Jam, marmalade and curd had been struggling for years until Covid-19 came along. Breakfast has been reborn and so have pyjamas( figures show jama sales going through the roof ). Commuters who once ate the most important meal of the day, muffin-en-hoof to the 6.20am from Porthcawl to Paddington, can now take more time over their breakfast before starting a day’s work at home. Perhaps they will never make the commute again? Clearly, we’re doing more than smearing our spreads on bread. Sales of jam have rocketed in the past year, the rise thought to be partly due to more baking during lockdown ( something had to go on all that sourdough bread ) and, with many people working from home, more time to make a healthy breakfast rather than grabbing something oven ready en route to the office. But why buy jam when you can make your own? Unlike banana bread, the jars of jam you make now should last a few months or more – maybe even outliving the pandemic, then one day you’ll reach into the depths of a cupboard and retrieve a dusty jar with a label reading “March 2021”. Oh happy day, what a memory that will stir. While the idea of filling an old-fashioned larder with rows and rows of jars might appeal to your new survivalist mindset, it’s not necessary. Apart from anything, it’s the wrong time of year – you’re not dealing with a glut of homegrown fruit to preserve. “Why not just make one or two jars of something really delicious that you like? and something that is in season now, apples are available all year round. Come the Seville orange season, which is now drawing to a close, apart from very annoying rotten windfalls, my mother would be at those oranges, juicer and wooden spoon, preserving pan at the ready. The ancient Greeks used honey to preserve quinces, but modern jam probably dates from the 16th century, when cane sugar came to Europe. "I´ve unearthed a very ancient recipe", as they say in Didsbury. (I didn´t mean Didsbury did I? ) Shropshire, thats where ancient recipes come from? Yes, as they would say in Shropshire, and that reminds me ..... when was the last time I posted a Shrewsbury recipe .This easy to make apple and sage jam, just goes gorgeous dear hearts with an oatcake and a mature piece of cheese.

Place all ingredients in a pan in no specific order and cook on a medium heat for 45-50 minutes. With an electric blender, blend all ingredients together and let the jam cook for a  further 10 minutes. Set aside and let it cool down.Boil some empty jam jars and dry them out in the oven. Place the jam inside them.