Homity pie - a homage to a British institution

This time of year can be a time of recollection,not just of the year gone by but taking one further back in time, maybe to ones childhood or perhaps happy rekindlings of some pertinent memories along the way.One of the food trends I think we will see in 2013 is a revival of retro dishes and a return to recipes that have been passed down through generations.This handing down of family recipes has always been an important part of Portuguese culture.Everyone will prepare food differently when they learn a recipe,and it´s only over time  and with practice and innovation that the correct family recipe is perfected.
Across Europe we are becoming  more resourceful with our shopping and our cooking.Take for example the humble pie, a dish of true austerity, a dish that with a little helping can go a long way, a quiche for instance can be eaten hot when fresh from the oven but is equally delicious cold for lunch the next day.
Homity pie is a traditional British pie, and like many British recipes it originated due to the fact that us poor Brits couldn't afford anything else. The advantage of this now is that in these hard times it's nice and cheap to make.I first stumbled on Homity pie in Cranks in the late 80´s and it had long since vanished from my back head until watching one of the great British bake off programmes on TV that  stirred up those not so infrequent ex-pat cravings.
Cranks was one of the first vegetarian restaurants that appeared in Britain. It opened its first restaurant in 1961 in the famous Carnaby Street and soon earned its reputation as the place to eat for vegetarians. But by the 1980s and 90s the stereotypical image of the vegetarian as a sandal wearing,lentil loving hippy was apparently holding the restaurant back.The cotton and straw espadrille and elastic gusseted canvas pump had become the new leather sandal.
The chain had to transform the way people saw vegetarian cuisine and 'vegetarians'.The rush to embrace a meat-free lifestyle seemed to be over - the rate at which Britons were climbing aboard the tofu burger bandwagon had slowed. Madonna, for so long a loud and proud vegetarian, had started to eat meat. Perhaps now she had adopted a Brit lifestyle bacon butties,fry-ups and pub grub started to prove a temptation too far. The chain also faced competition with the increasing availability, for those who continued to want it, of vegetarian food, not just by other vegetarian outlets but by the likes of Paul and Linda McCartney,Redwoods ( taken over, ironically,  by Heather Mills), Dalepak, Holland and Barrett and mainstream supermarkets too. But unfortunately, after years of serving wholesome, flavourful and hearty dishes, Cranks alas closed all its outlets in January 2001.
The turning of 2012 brought recollections of my very short lived phase back in the 80´s of tipping the veldt of Vegetarianism. I was working in the West End of London in Hanover Square, just a short wholesome step from Cranks in Marshall Street. For a quick lunch on the hop I would frequently pop in for a take away homity pie and pop back to the office. Oh how I used to loved them,and having now made them myself,apparently still do!!
Anyway, after that history lesson on Cranks I guess I should let you know what a Homity pie is?! Homity pies were one of the most popular dishes served at Cranks. I would describe homity pies as an open shell pastry with a potato filling. I have read two different stories about the origins of the homity pie. 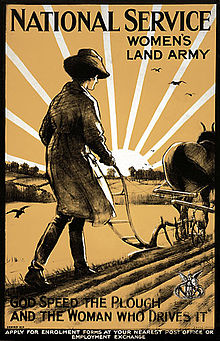 One states it was an old English economy meal recipe that has a history dating back to the efforts of the Land girls of the Second World War and the restrictions imposed by wartime rationing. The other says it was a Romany speciality. To keep up with the changing times, the homity pie had also gone through a number of transformations at Cranks: the potatoes were now mashed and made without the pastry case and flavoured with Tamari and Tabasco. 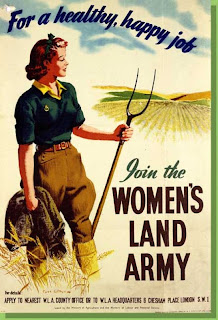 Well yesterday afternoon I decided to make some Cranks style homity pies. It is a little time consuming as you have to make the wholemeal pastry, rest it in the fridge, blind bake it and then it’s onto the potato filling - that is why I decided to make it the day before. I stayed true to the Cranks recipe  but found their wholemeal pastry just a little too worthy and heavy for my taste.So I played a little. What I was looking for was a touch of linen about the pastry not a heavy hessian or sackcloth.Anyway this is what I came up with which was delicious.
The Cranks Homity pie and mine
Serves 6
A good old fashioned English country recipe-one of Cranks most popular

MY VERSION
225g (8oz) plain flour
pinch of Flor de Sal
150g(5oz) unsalted butter
1 egg yolk
3 tablespoons cold water
Whizz the flour and salt together in a processor,chop the butter roughly and add to the bowl,processing for just a few seconds until you have a mixture resembling breadcrumbs.Beat the egg yolk and mix in the water,then add to the mix in the processor.Whizz for afurther 20 seconds until the pastry dough leaves the side of the bowl and forms a ball like shape.Chill for 30 minutes in the fridge before using.
Roll out the pastry and line a 20cm tart tin.Put it back in the fridge to rest then blind bake for about 10-15 minutes.

FOR THE FILLING
350g  (3/4 pound ) potatoes
450g(1lb) onions
50ml/ 3 tbsp oil
25g(1oz) butter or margarine
15g (1/2 oz) fresh chopped parsley
100g(4oz) cheese grated
2 garlic cloves crushed
15ml/1 tbsp milk (I used cream)
freshly ground pepper and Flor de sal to taste
Roll out the pastry  and use to line six 10cm (4inch)* individual tins or foil dishes
Boil or steam the potatoes until tender,then mash and set aside
Chop the onions,then sauté in the oil until really soft but not browned
Combine the potatoes with the onions,add the butter, parsley,50g (2oz) cheese,garlic,milk or cream, and season to taste.
Cool the mixture then use to fill the pastry cases.
Sprinkle with the remaining cheese and bake in the oven at 220C/425F/gas mark 7 for 20 minutes until golden.
Bake for 25-30 minutes.
*Alternatively,use to make one20cm(8inch) flan dish.